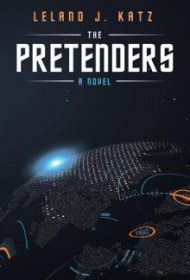 To most, the history of the digital age centers on a gaggle of technological wizards who rose to unimagined heights of wealth and fame. But what of the support staffs, those who labored in anonymity, the product managers, sales executives and marketers who brought the stars’ imaginings to fruition? In this autobiographical novel, Leland J. Katz attempts to give these unrecognized contributors their due.

The story opens by flashing forward to where it will end, with a prologue in which the author’s alter ego, Joel Kramer, realizes he has given away his age to a group of young corporate hot-shots and that this might imperil his future. Although the theme of aging out of the business regardless of talent seems to be one worth pursuing, Katz quickly abandons it (at least until the book’s final sections) in favor of a structure slanted toward straight biography.

From Joel’s last years in college to his first meeting with his wife-to-be, the story continues at a leisurely pace to cover the couple’s years in Europe, where Joel serves as a junior Air Force officer, and his subsequent job hunting. Landing a position with Honeywell, he then begins a career that will have many subsequent stops. With this first job, he joins a group which, in the 1960s and ’70s, struggled to succeed in a field most members were untrained and ill-equipped for, a group the author calls The Pretenders.

This conceit has promise, but unfortunately the story is burdened with needless detail, transforming the novel into an often repetitive, over-long slog through a world marked by pettiness and, frequently, by inner-corporate back stabbing. The narrative focuses on such things as New England blizzards and frequent bouts of car trouble when it should be exploring the birth pangs and growing pains of the industry that grew to dominate our lives.

With judicious editing The Pretenders would be improved. As is, it falls short of the important contribution its subject requires.