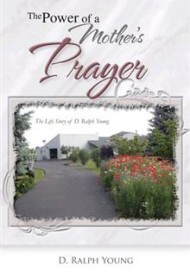 One of 11 children, D. Ralph Young was born in rural Kentucky, in a home with no central heat, running water or electricity. His memoir details his life and how he overcame early obstacles to become a successful engineer.

Young notes that despite his family’s deprivations, “we did not consider ourselves poor.” Still, “I can still remember our first-grade teacher, Millie Peck, teaching those of us who did not have toothbrushes and toothpaste about how to use a sassafras branch limb to shred [sic] making a brush.”

A year after Pearl Harbor, Young enlisted in the Navy, giving him the means to a graduate degree in electrical engineering through the GI Bill. He married his girlfriend, Charlotte, started a family and pursued a career that led to his being sent to Thailand, responsible for the lines and substations of hydroelectric projects. Young’s family spent much time in St. Louis, as he oversaw the development of power plants throughout the U.S. Â¬– though they also traveled extensively to places like Iran, Saudi Arabia and Indonesia. Not all was bright: Young laments the death of his son Dane in a freak accident, in which Dane was crushed when a tree fell on him.

When Charlotte began showing signs of Alzheimer’s disease, she was cared for at home until her death. Young later married Charlotte’s younger cousin, Janice, and they retired to his homes in Kentucky and Ohio.

Young shares recipes, political views and offers occasional advice. In this sense, his book reads more like a diary than a carefully crafted story with a narrative arc. While the book tells of a life well-lived, it is written conversationally, with little stylistic flair. It is often difficult to follow the story line, as the narrative jumps around chronologically.

As such, the book is unlikely to appeal to a general audience, though Young’s family and co-workers will certainly appreciate this memoir.