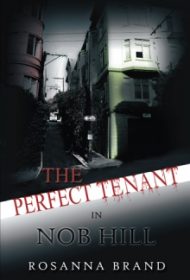 In this thriller, a stalker is murdering coeds, and as police search for the culprit, the roommate of the first victim slowly realizes that she, too, is in danger.

Like many young people growing up in the ‘60s, Cassandra wants to move to San Francisco to get away from home. The 20-something locates a job at a bank, finds a college student for a roommate, and now hopes to land a boyfriend. After her roommate’s violent killing, Cassandra becomes smitten with handsome lead detective Dan, but seeks out other men when Dan’s interest in her unexpectedly wanes.

The book’s narrative perspective shifts between Cassandra and the killer, whose early dysfunctional childhood has sent him on a destructive path of brutal rapes and murders. After learning that Cassandra holds the key to identify him, she becomes his next obsession.

Danger and romance propel this book, which has a capable dramatic structure along with authentic dialogue and good character interplay. But it falls short of edge-of-your-seat tension because Cassandra seems too casual about dating and bedding new men she meets. Despite knowing there’s a killer lurking, she’s in great danger, she implausibly agrees to go home with men she barely knows for intimacy.

In addition, the book’s climax, which puts Cassandra conveniently home alone unprotected and vulnerable during a violent windstorm and downed electrical cables, has the earmarks of a Hollywood cliché

The author paints a clear picture of the times with detailed settings that capture the “make love, not war” era. However, some descriptions can be trite. For example, at a local diner, Cassandra is waited on by a “gum-smacking waitress in her pink polyester uniform and painstakingly coifed beehive do.” And although the killer grows believably more menacing and dangerous as the story unravels, Cassandra’s character evolves less credibly.

Overall, the book falls short of a gripping thriller. It offers a light read for those who are willing to forgive the lack of tension.