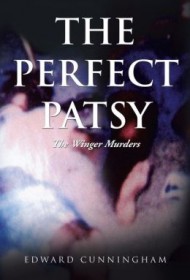 While not the most sensational of true crime stories and subsequent courtroom dramas, it’s easy to see how Mark Winger’s 2002 conviction and life sentence for two murders – seven years after being cleared of any wrongdoing – grabbed the imagination of long-time trial lawyer Edward Cunningham.

Winger was a nuclear engineer, a man with a near genius IQ and an attractive wife, Donnah. Those who knew the couple, writes Cunningham, “thought they had a near-perfect marriage.” In 1995, Winger told police he caught an intruder attacking his wife inside their home; he shot the man dead but not in time to save his wife, who had been bludgeoned to death. After interviewing neighbors and people who knew Winger, and studying the crime scene, police declared this a justifiable homicide and Winger walked free.

However, seven years later the case was reopened, partly because of Winger’s suspicious behavior and partly because a woman he had been having an affair with came forward and told police about the relationship. Once it became clear Winger wasn’t the upstanding family man everyone had previously thought, police began to find holes in their original investigation.

Cunningham’s retelling is hampered by several flaws. First, because the opening two pages and jacket notes give away the entire story, any possibility for suspense is undermined. Second, in the absence of accessible records, the author mixes fact and fiction, inventing key conversations and even thoughts that often sound stilted. For example, as officers discuss Donnah’s gruesome injuries, one remarks: “Looks like this was done by someone who was angry.”

A more pervasive problem is repetition. Events are recounted from different angles but in much the same language by police, witnesses, and finally, in painstaking evidential detail, by the prosecution and defense.

In all, this is a challenging read. Only those with the time, patience and thirst for such minutiae are likely to enjoy this comprehensive coverage.