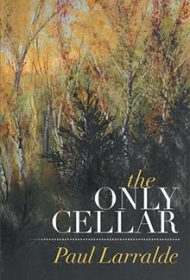 A man who helped a stranger years earlier in eastern Colorado is startled to learn he was left a huge inheritance that holds many surprises in Paul Larralde’s novel, The Only Cellar.

The story, set in the present day, is narrated by a man who goes unnamed throughout. He receives a call from a lawyer in western Colorado who explains that her deceased client, Christopher Smalliker, wanted to repay the man for having helped him fix his vehicle and then loaning him $40 so he could get to his job interview in Nevada in 1976.

Christopher landed the job and, over time, built up a large construction business. Having no heirs, he chose to leave everything to the Good Samaritan, including millions of dollars, a large house and property near the San Juan Mountains, and a mysterious cellar.

The man soon moves there with his wife and finds that it conceals a massive, self-sufficient complex set up by the government many years previously for secret experimentation and survival. From chapter to chapter, the protagonist rambles on about new discoveries at the ranch, but never seems alarmed at their implications and why the defense mechanisms still exist on property he now owns.

Save for minor proofreading issues, this novel is smoothly written, with crisp visual details offering a clear picture of the narrator’s surroundings and unearthed secrets that elicit curiosity. However, there is essentially no dramatic tension and just one twist near the end that leads nowhere. The book’s characters are thinly drawn, failing to emerge as fully fleshed individuals. And it seems odd that the author chooses never to give names to the man and his wife while doing so for Christopher and many of the loyal staff who worked for him and now work for the main character.

Overall, while the novel has an enticing germ of an idea, it fails to transport readers for lack of a substantive dramatic story line.