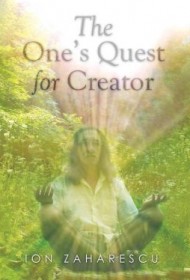 A man grasps for a valid explanation as to why we are here and who created us in this fictional story set in the modern day.

The entire book is presented as a prolonged discussion between the main character, called The One (designated throughout as “TO”), and his friend, his wife, a doctor friend from Tennessee and the doctor’s wife. The One is dissatisfied by details on human creation as depicted in religious teachings and shares thoughts from his exploration of other ideas.

TO believes the right knowledge pertaining to human existence could help to save the planet and hopes to find the truth through the use of entheogen plants (psychedelics). He convinces his doctor friend to let him participate in an ongoing lab experiment with psilocybin mushrooms. After experiencing wisdom and clarity from Mother Earth during his time on the mushrooms, he shares with the others how he was told humans came to be, as well as their true purpose.

While unique in its setup, the book suffers from ill-defined characters who speak to one another mostly within nondescript settings. The awkward structure, devoid of chapters and with minimal action, reads more like a clumsy one-act play than novel. The book briefly incorporates theories from real writers and philosophers such as Zecharia Sitchin (who connected human origins to ancient astronauts), but many of the ideas presented have been called pseudoscience by respected academics and scientists.

Also bogging down the book are poorly written sentences, such as: “Majority of their mischiefs [sic] look to me very well premeditated and cold calculated.”

As written, this work may be mildly appealing to readers interested in the affect of psychedelics on the thought process, but it holds little for others to grasp.