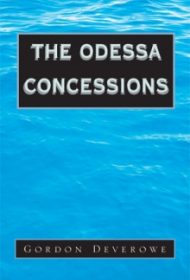 Arthur Lockwood, the company’s head, is elderly and in poor health, so it might not seem surprising that he suffers a heart attack on a fishing trip even after taking his daily medication. At least that’s what an enigmatic hit man named Weaver, who replaced Arthur’s medication with poison, wants everyone to think.

When Weaver’s scheme works and Arthur is incapacitated, Arthur’s associates uncover a radical plan of Arthur’s to revolutionize the energy industry—a plan so potentially disruptive that someone wants him dead because of it.

As the plot thickens, Arthur’s granddaughter, Leah, leaves her job in public relations for Lockwood Petroleum to become a model and actress. She falls in love with Dimitri Zigrny, a Russian count, while juggling other past and potential romances. But can she trust him—or is he in league with Weaver’s Russian employers, who ordered the hit on Arthur and still
have his associates in their sights?”

Overall, Deverowe has crafted an immensely entertaining narrative, complete with sex, violence, intrigue and compelling characters. Weaver, for instance, is undoubtedly a bad guy, but his fondness for call girl Judith, and the finesse with which he goes about his work give him a spark of likeability. Deverowe’s no-nonsense prose pulls the reader along, even as the plot grows more complex.

The novel’s major flaw involves the character development of Leah. Her metamorphosis from dutiful granddaughter ensconced in the family firm to jet-setting party girl comes out of nowhere and is never explained. As she is such a prominent character, this will likely trouble some readers.

That problem aside, The Odessa Concessions is an entertaining read. It should hold appeal for readers of seasoned suspense writers such as Joseph Finder and Christopher Reich.