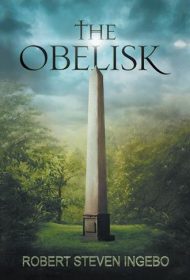 In this supernatural thriller, cardiac surgeon Dr. David Sholfield is swept up in a plot to acquire the legendary philosopher’s stone, which ancient alchemists believed could transform base metals into gold and even held the secret to immortality.

While out on the town in Chicago to celebrate David’s new job, his friend Alan encourages him to approach a beautiful woman. David is shy at first, worried she and her companion might be what he calls “bad girls.” To his relief, Angela Stockman is demure and beautiful. Eventually, they begin a passionate relationship.

What David doesn’t realize is that the meeting with Angela was engineered by Alan, who is only using David. He hopes David will succeed in acquiring a book called the Numericon that contains spells, summons demons and holds the tantalizing promise of locating the philosopher’s stone.

Competing to acquire the philosopher’s stone is a coven of Chicago witches led by sorcerer Duke Vojislav Revic, from the kingdom of Slavania. David’s epic journey in search of the stone takes him there, and many other far-flung places. Along the way, he encounters demons and angels.

The Obelisk offers an imaginative premise. Unfortunately, the plot is hard to follow, with David zipping from place to place, encountering a multitude of minor characters. The writing lacks finesse, and conversations tend to be stilted and wooden, as when Angela tells David, sounding as if she’s quoting from a guidebook: “The River North neighborhood is a must-see. It has outstanding restaurants and nightclubs, and it’s only a mile from the lake.”

Female characters are often objectified, with many descriptions of breasts (“jostling gently”; “bouncing with every step,” etc.) In one passage, the author writes: “Her breasts jutted upward against her form-fitting, button-down shirt, which was open at the chest, exposing her cleavage. …”

In sum, the book’s flaws are hard to overlook, making The Obelisk a challenging read.