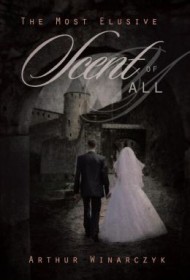 This novel is an unusually sympathetic look at the Sicilian Mafia in the 18th century, with a focus on women and their roles in the family, both in the traditional sense and non-traditional — as leaders, seductresses and prostitutes.

The tale begins when Maria Colletti seeks to “corrupt” the local priest. Maria’s father, Don Colletti, is suffering dementia and it is now up to her to lead the family. In this story, women have long been crucial to the success of the Mafioso, and one of their most vital tools is the use of the mysterious scent from which the book takes its name. “Perhaps the most enticing aspect of a Mafia brothel was that – the most elusive scent of all – that drew clients to its doors,” writes author Arthur Winarczyk, “ … Whatever its elusive mystery … it was said that no man had ever experienced the joy of sexual love, [sic] like the man that tasted that – the most elusive scent of all – on his sexual partner.”

While this is a novel, it often reads like a non-fiction account of the historical Sicilian mafia and the code of honor by which its members lived and died. In this, Winarczyk excels with in-depth knowledge and attention to detail. However, while it is often well written, it appears Winarczyk may speak English as a second language as evidenced by awkward grammar and wrong or missing words: for example, “loose” for “lose,” or sentences such as “Painted white such blended with the white villa.” The errors can be distracting, but at times they also lend an air of authenticity, as if one is hearing the story from a Sicilian insider.

Language issues aside, this is a compelling read. Those who can overlook the grammar missteps will find a fresh tale steeped in understanding of all that made the Sicilian Mafioso a force with which to be reckoned.