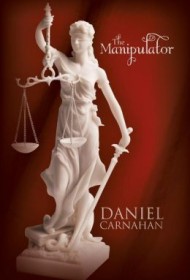 Men, women and children alike are caught in the crosshairs of a deadly power struggle between two dangerous rivals in this skillfully plotted novel set in and around Los Angeles.

Mac Thornsby, a young man who rises above difficult childhood circumstances, is honored as a hero after saving a drowning woman. Yet shortly thereafter, he is accused of murdering a pregnant woman and her child after being forced at gunpoint to pull the trigger. Deputy District Attorney Jim MacDonald is called into the investigation, and he suspects these and subsequent murders are linked to a ferocious battle between a mob boss moving drugs and laundering money and a ruthless businessman rivaling him for wealth and prominence.

As the story builds, a government undercover agent is found dead, Jim’s lost love reappears, and dozens more people get caught up in car chases, gun battles and brutal deaths as Jim struggles to find the truth and stay alive against mounting and difficult odds. Commitment, determination, sacrifice, faith and trust all play into the drama.

Author Daniel Carnahan is a former army soldier and Los Angeles police officer with a juris doctorate degree. His intimate knowledge of guns, police methodologies and legal issues give his scenarios great depth and credibility, and his characters are mostly well developed. He also appears to have a passion for souped-up rides and, thus, develops gripping car chases.

While meant more as an escapist read rather than deep literature, the plot is nimble and fast-paced, and Carnahan manages to add reminders when necessary to help readers keep the numerous characters straight. However, the book could use an editor’s hand to correct misspellings and quotation marks missing or adrift, as well as to trim a large amount of unnecessary material that bogs down the narrative.

Overall, this is a richly detailed, inventive novel. It could draw wide appeal with editing fixes and perhaps a diet to lose at least 200 pages.