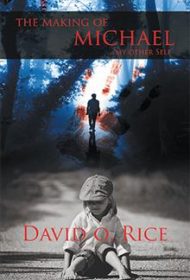 Exposed to graphic sex acts at a young age, Michael is raised by his nanny, a gentle, older woman who later takes his virginity, which instantaneously causes her to become, according to the narrator, “an immoral, demonic bitch.” Michael becomes a licensed social worker, and with his inheritance opens a children’s foundation. He quickly seduces, rapes and strangles his work partner.

From here, the book vacillates between graphic consensual sexual encounters and brutal rape/murder scenes. Michael travels to St. Thomas, where he rapes and murders tourist Brenda Carpenter, then counterintuitively contributes to the fund in her memory. He then meets Brenda’s sister, Barbara, a virgin with whom he falls in love. When Michael mistakenly thinks Barbara has cheated on him, he spirals into madness.

Even outside of its graphic, stomach-turning sex scenes, the quality of the book’s prose is problematic. Long passages of exposition tell rather than show; the dialogue is stiff and unnatural, and the female characters are wildly unrealistic, as are other moments. Before he meets Barbara, we read this outrageous statement: “Michael was slightly apprehensive about meeting the woman whose sister he had raped, mutilated and murdered so violently just a short while ago.”