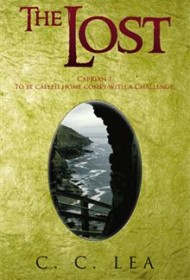 The Lost appears as the first in a contemporary fantasy series, centering on a secret dynasty of supernatural beings sharing a private island in Virginia. When vampire Samuel Vardan issues a challenge to the households of Caprian Island, Caprian Elder Kyle Gruder knows that too few supernaturals from his generation remain on the island to answer this challenge. To overcome this, they must locate The Lost — their displaced descendants on the mainland, many ignorant of their true heritage. But will they want to defend an existence they know nothing about?

The Lost opens in ancient Ireland with an origin story fit for an Alice Borchardt novel, and it moves at breakneck speed into the present, where the Caprians fret over Vardan’s challenge. We are immediately inundated with supernatural beings — a variety of unorthodox shapeshifters, elementals, psychics, etc.. – but few offer us insights into this exotic world (after all, they live in it and already know what’s going on). Proxy characters — people who are learning about the Caprians alongside us — are late arrivals, conservative in their curiosity, and one may be forgiven for wanting more explanation about the elements of the plot and the world in which it exists: Why should this challenge be answered? What is at risk? How did these diverse supernatural beings come to live together?

To its credit, this slim volume boasts a considerable amount of confrontation; the characters are hastily drawn, but they are in frequent jeopardy. The romances are chaste and subdued, but The Lost is never short on action — the sort usually seen in a blockbuster film. While The Lost doesn’t compete with other contemporary fantasy titles, for devotees in need of a quick fix it may provide some entertainment.