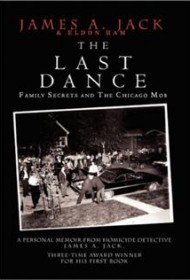 This slender novel based on a true story begins with an intriguing prologue about Brenda, an elderly woman whose brightly colored wardrobe belies the dark past that haunts her and has perhaps driven her to the edge of madness. Readers learn here that Brenda is the author’s grandmother.

Most of the story revolves around Beatrice, however. Beatrice is the adolescent daughter of Brenda and her abusive alcoholic husband, Earnest, a war veteran still suffering from post-traumatic stress disorder. Beatrice struggles to adjust to life after her family moves to a new community and she changes schools. Tasked with caring for her three younger brothers while her parents argue, her father drinks, and her mother spends several months in a psychiatric ward, Beatrice searches for comfort outside the home. This takes the form of a bored gang of teenagers seeking stimulation through drugs and alcohol.

The prologue, followed by numerous examples of the family’s dysfunction, serves as ample foreshadowing that Beatrice is headed for serious trouble. Meanwhile, the cause of Brenda’s pain and mental deterioration is slowly revealed through her unhappy marriage and tragic loss.

Written in a straightforward, mostly expository style, The Last Dance could be improved through expanded dialogue and more showing instead of telling. Professional copyediting would also smooth out some awkward and incorrect word choices, including “the sun arose,” “glimpsing on her bed now, she dropped on it,” and “Earnest was clearing off his throat.”

Readers might expect the author to rely on emotionalism to propel the story forward because of her personal connection to the depicted characters. However, this story never ventures off-course into a sentimental remembrance. Facts, description, supposition, and occasional dialogue comprise a brief, readable cautionary tale of the dangerous ripple effects of untreated mental disorders.