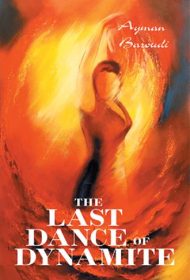 Waleed Wahid Adam, aka “the prince,” is haunted by nightmares of his secret-agent father’s death and his own violent sexual initiation as a teen into a famed bootlegging group. Accused of working against the Syrian regime, the prince flees the country and begins a new life in Dubai as owner of an upscale bar.

The story is pepped with weird sexual practices, including acts of submission, temporary marriages allowed by certain religious sects merely for sexual pleasure, and unwanted sexual advances and assaults. These are inartful at best, cringeworthy at worst. For example, as the prince watches another man drip hot wax on a naked woman, he reminds the woman “that massage oil [from the candle] was full of rich vitamins.” In another scene, the prince is “boning Latifa like a drilling machine infused by an abnormal voltage of power.”

The narrative is chock full of characters and events that propel the story. But at times it becomes overwhelming, and readers will struggle to keep all the names and activities aligned. Amidst bar happenings, sexual encounters, covert operations, and more, the book feels overloaded with plot entanglements. The text could also use copyediting for intermittent word and punctuation errors.

While those who enjoy a multi-faceted plot blending culture, business, terrorism and raw sex, may find rewards here, some revision would improve this offering.