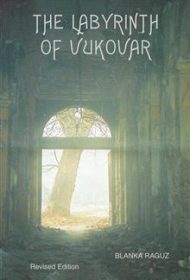 Blanka Raguz’s coming-of-age novel follows protagonist Marta from childhood in Tito’s Yugoslavia through young womanhood in war-torn Croatia and beyond.

On May Day, 1973, seven-year-old Marta learns that her father has lost his position as a doctor for political reasons. In the ensuing years, Marta grows increasingly disillusioned with life in Yugoslavia. She begins to dream of going to America, and her opportunity comes when, at 13, she receives a place in an exchange program for young actors.

Marta’s host family consists of authoritarian widower Maxim; his daughter, Kyra; and his stepson, Ian. Marta falls for Ian at first sight, but he is more interested in his beautiful, self-absorbed stepsister. Dramatic events cut Marta’s stay short, but through the years she stays in touch with Ian, and her unrequited feelings remain strong.

As she reaches young adulthood, however, Marta finds herself caught up in more urgent events: the break-up of Yugoslavia and the Croatian people’s fight for independence. She falls in love with Goran, a fellow university student and freedom fighter. As she weathers the harsh conditions of wartime, she must endure terrible loss and rely on her inner strength.

The Labyrinth of Vukovar offers a compelling, relatable protagonist in Marta. From her youthful admiration of Scarlett O’Hara, to her resilience during the war, to her pining for a man who is not nearly as interesting as she is, Marta is both believable and sympathetic.

Raguz also reveals a part of Yugoslavian history that is often overshadowed by the wartime atrocities in Bosnia. While the novel has a few weaknesses—namely a tendency toward too much exposition (“telling,” rather than “showing”) and some melodrama near story’s end— these flaws do not substantially detract from the story’s power.

Overall, this is an engaging novel that should appeal to fans of plot-driven literary fiction, with crossover potential for older teens.