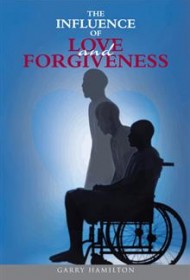 On an August morning in 2001, Garry Hamilton awoke, tried to get out of bed and fell to the floor. Hearing his cry for help, his roommate rushed him to the hospital. Two months later, still hospitalized, he was finally diagnosed with MS.

The short — in this case much too short — book that Hamilton has written describes his life before MS, including what he thinks of as the precipitating event that led to his illness: the gunshot murder of his brother in March of 2001.

Born in Bristol, England, in 1963, the son of immigrants from Jamaica, Hamilton was an athletic and adventurous youth. As an adult, he worked as an exercise instructor, helping young people achieve better mental health through exercise. Hamilton acknowledges that he led an unhealthy life — smoking, drinking heavily and eating badly — following his brother’s death. He blames all this self-destructive behavior for the onset of MS, and who is to say that he is wrong?

But because the book is a mere 65 pages, the author has given himself no room to talk about anything in depth, especially the ostensible reason for writing it: the diet, exercise, and mind-control program he put himself on to ameliorate his condition. Hamilton implies that this regimen cured him but offers little evidence to support that claim or enough detailed information about the program.

Although the book was published in 2012, it ends in 2002, with Hamilton insisting he continues to improve. That year, he had an encounter on a beach in Cuba with a mysterious man who said he knows Hamilton’s brother was shot and killed and assured him that he soon would no longer need a wheelchair. Disappointingly, the reader is left to wonder what has happened to Hamilton in the intervening decade.