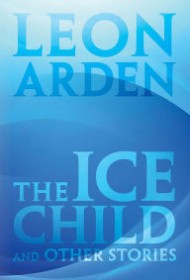 The Ice Child and Other Stories delivers evocative, carefully written short stories that plumb the ambiguities of adult life.

For the most part, New York-born author Leon Arden (who now lives in London) offers stories that address familiar subjects: the uncertainties of love, the varieties of childhood wonder and the mixed blessings of aging. But they can also surprise. In one sad, wistful fantasy, “The Ice Child,” a couple surveys, from the distant future, the political, environmental and cultural follies that brought planet Earth to its destruction. In a gentle farce called “A Pre-Existing Condition,” a loving son walks into a hospital with a gun and demands heart surgery for his sick father.

As observant as he is witty, Arden writes imaginatively as he surveys the complexities of the adult world. Watching a tennis match on TV, the 90-year-old grandfather in the moving “Make My Bed and Light the Light,” asks the prosperous son he doesn’t much approve of: “What does it mean, broken at love?” In a tart story about a hapless Columbia graduate who can’t fulfill his ambition to be a writer, Arden perfectly captures the irony of the man’s job in a library: a “hardbound prison made up of millions of fine sentences …”

The author of five novels and several plays, Arden has an eye for both tragedy and comedy. In “If Music Be the Food of Love,” the narrator recalls his tormented high school music teacher, who was incompetent at everything but playing the piano. In “The Book Collector,” a hoarder whose apartment is hilariously overstuffed with old bank statements, newspapers and unread books, turns out to be a Jewish immigrant suffering from “fear of deprivation. It went where he went like lumbago.”

There’s a certain predictability in these tales (you can often foresee their endings), but Arden’s grace and comic wisdom shine through. How could any reader resist a sentence like this? “Mickey was a line editor with a face like a first draft.”