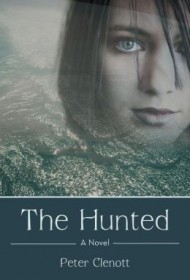 The Hunted is a brilliantly understated fusion of anthropological mystery, apocalyptic science fiction, and ecological thriller. Stellar character development, a fascinating storyline, and vivid description make this a stay-up-all-night-until-your-eyes-bleed kind of read.

It all begins in the Amazon where the last remnants of an indigenous tribe (called the Ipanao) that has remained separate from the civilized world for thousands of years is discovered by a geological survey team — and almost all members killed. The survivors, all of whom have coffee-colored skin and jet-black hair, are brought to a medical facility and forced to undergo a series of tests. The results are mind-boggling: their DNA is radically different than that of modern humans.

Two Brazilian cultural anthropologists, David and Cecelia Goncalves, are brought in to assess the situation. Cecelia, seven months pregnant, falls in love with the orphaned Ipanao infant girl called Suyape. She quickly realizes there is something unusual about the baby, who seems to be able to communicate telepathically, but she keeps the information secret to save the child from further harm.

Fast-forward 17 years. David and Cecelia live in Brunswick, Maine, with their two daughters, Fabia and Suyape, whom the couple adopted before leaving Brazil. Suyape is a high school senior and actively promotes awareness of “non-contacteds,” people who live in tribes on the edge of civilization. By all outward appearances, she is a normal teenaged girl, until she begins experiencing bizarre visions and embarks on a journey of self-discovery that will take her back to her native jungles.

The beauty of this novel is that it works simultaneously as a Da Vinci Codesque suspense, a science fiction thriller, and an anthropology-powered mystery — and beneath it all is the monumentally significant issue of environmental degradation and looming ecological collapse. This is a compelling and powerful read.

(The only criticism is the ill-conceived cover art, which inexplicably depicts a light-skinned, blue-eyed girl and is completely unrelated to the storyline.)