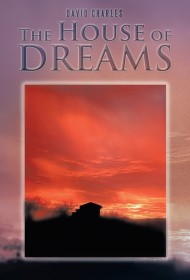 This reminiscence of the author’s retirement, with his wife Hazel, from the UK to Spain is more than a memoir of leaving a country and searching for just the right house. It’s also the story of the hidden truth inside the Charles’ marriage.

The Charles’s decide to move from Ipswich, England, to Andalusia, Spain, where they rent an apartment as they look for property and wait for their villa to be built — all while building an active social life with both ex-pats and natives.

As their villa goes up, it seems they are moving past the inevitable culture shock. But after periods of depression, Hazel attempts suicide and the root of her unhappiness blooms into resentment, anger and the revelation of unbearable truths that leave Charles with the loneliness only the unhappily married can appreciate. Hazel returns to the UK, while Charles makes a life for himself in Spain in the villa he has created. Despite all, he conveys the feeling that he will inhabit this house happily and that he has reached his dream.

The author’s style is affable, and his description of the mechanics of life in a new culture — everything from dealing with a lame brake in their old Volvo to obtaining the necessary papers to establish residency — reveal the clash between the Spanish attitude of manana and the “gringo” aptitude for rush and frustration. Such details are also the book’s downside, however, as exact recountings of day-to-day activities can become tedious. Late in the book, Charles airs sour grapes towards his eldest son, who he feels “sides” with his mother, and towards Hazel, all of which would have been easier to accept had his feelings been presented with more objectivity.

Despite the book’s flaws, anyone interested in retiring to another country will gain insight into the personal ups and downs of the process from Charles’ recollections.