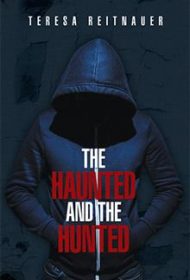 Sparks fly when a relentlessly stalked author and a vet crippled by PTSD find shelter together in a secluded cabin in this well-plotted and engaging romantic suspense novel.

Writer Rachael finds her life upended when a mentally unbalanced book clerk begins pursuing her, starting with silent phone calls and flowers at her doorstep and then escalating into destructive acts. Elsewhere, Randall, a Marine discharged after a roadside bomb in Afghanistan wounds him physically and mentally, grapples with how to get a grip on life stateside.

Through a twist of fate, Rachael and Randall end up at the cabin together—she to escape the stalker and he to find himself while offering some protection for Rachael. As their attraction for one another grows, the stalker continues his pursuit, determined to claim ownership of the woman he considers his “soul mate.”

This fast-paced, carefully crafted book delivers deftly written dialogue. In addition, it successfully builds a strong plot around steamy, intimate sex scenes between its likable protagonists. However, while the details of Randall’s vulnerability make him richly alive, Rachael’s personality is somewhat flatter. Some standout quirks would help round out her character, as would the exhibition of more palpable fears of the stalker.

The stalker, developed through short “thought dialogue” paragraphs written in italics throughout, arises as a sinister and haunting figure. Still, this character could benefit from added traits that more deeply develop his personality and details that visually follow his secretive movements. His actions at the climax also could use more depth of intensity.

While a build-up of the above-mentioned details would enhance the story, overall, the novel’s strengths far override the limitations of some of its characterizations. This is an inventive and absorbing book, sure to please many fans of romantic suspense.