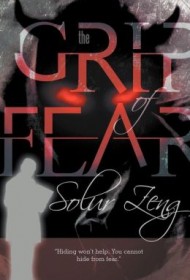 If novels were judged with the author’s age in mind, this allegorical tale written by 14-year old Solur Zeng would be considered extraordinary. For a middle school student to write such a coherent – and thoughtful – novel is impressive, to say the least.

But if you take the author’s age out of the equation, this novel becomes an indisputably flawed work. This is essentially an extended metaphor in which inventor Luke and his sidekick Zack must save an impoverished city from a growing plague of destructive feelings that have taken physical form inside of its inhabitants. The best friends make it their mission to “find the solutions to the emotions” and somehow free the city dwellers from negative feelings such as sorrow, greed, laziness, and despair.

As they travel throughout the city, they meet many characters whose names are anagrams of their most powerful emotional traits. King Ivan Ty has become the embodiment of vanity; his advisor Gered is obsessed with greed; Stem Yod is a poor boy with more than a little modesty; etc. Their quest for answers leads them to a predictable battle (and outcome) versus the greatest villain of all, Fear.

Initially, the overly simplified narrative – very little character development and world building, and an undemanding storyline – comes across as daring and stylish. But as the story continues, the wanderings of two cardboard characters traveling through a cardboard realm lose their appeal quickly.

It’s worth noting that there are several similarities between this novel and the Star Wars storyline. Both are fundamentally battles between darkness and light; both feature a villain who increases his power by increasing fear in people; and both revolve around an unlikely hero named Luke who happens to lose his left hand in battle with his arch nemesis.

In sum, while this is an extraordinary achievement for a 14-year old writer, it proves a less than fresh and compelling read for fans of speculative fiction.