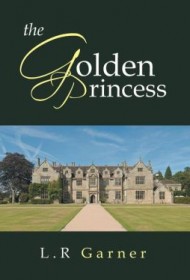 This charming middle grade chapter book shares the adventures of golden-haired Alice, a lonely princess who lived once upon a time in a land far away. The story begins on her eighth birthday, follows her through adolescence and her time at a university, concluding years later as she contemplates marriage.

Princess Alice’s early adventures consist of exploring the castle where she lives, sneaking out to play with other children, and acquiring her first horse. Stifled by her life of tutors, attendants, and servants, she longs to explore, examine, and inquire. Glenda, her lady-in-waiting, has the challenging job of keeping Alice happy while simultaneously ensuring she stays out of trouble. Glenda’s job becomes more difficult when Alice discovers magical little people living behind the panels in her room.

These people teach Alice to use magic for helping others and warding off witches, warlocks, gangsters, and other rule-breakers she encounters. As royalty, Alice must keep her magical powers a secret, and, therefore, performs amateur magic shows as a decoy. When she is invited to a school to help with a problem, for example, she puts on a “magic show” with a wand, glitter, dance, and song to entertain and distract the children from her actual powers.

Written simply for young readers, this book includes vivid descriptions, such as the gremlin that “was a sort of person but quite small and ugly and had a pair of small leathery wings that helped it to jump quite high.” There’s also figurative language that brings the story to life: “the armoured car lunged forward like a little dog just let off his leash.”

Illustrations would have made The Golden Princess even more engaging for its target audience, and a light edit could fix some punctuation and usage errors. Overall, however, this delightful book’s appeal extends far beyond the author’s granddaughters and great nieces, for whom it was written.