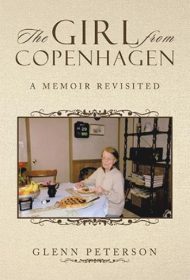 Peterson writes in a casual, confiding tone, and his sense of loss is palpable. Particularly poignant is the chapter in which he notes that “If my mother were to miraculously return from the dead and come home, she would find all of her things exactly where she left them.” He details how his mother’s cane, her prescriptions, even a sweater “draped over the arm of a rocking chair in the family room” remain just as she left them.

This and several other passages are vividly drawn. In one, he describes his father taking him to the roof of the family’s New Jersey apartment building to put a TV antenna on the roof, and looking across the Hudson River to see a Mobil Gas sign in New York City featuring “a red flying horse that was constantly flapping its wings.”

Unfortunately, such moments get lost amid more mundane descriptions of daily errands, family members’ quirks, meals eaten, and other minutiae. In the Introduction, Peterson writes that this book “was composed largely through free association, often moving back and forth in time.” Indeed, the narrative’s jumble of ideas and chronology are surely meaningful for Peterson, but less so for readers trying to make sense of his life. A string of politically conservative asides about climate change, government oversight, and the media proves an added distraction.

After his mother’s death, Peterson’s world fell apart. It’s touching that he has paid tribute to her memory like this, but in this offering he seems to be writing for himself, rather than for a general audience.