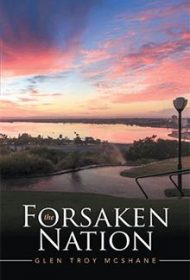 This post-apocalyptic dystopian novel is set in Western Australia, where a second dark age has fallen upon the country, and crime and prejudice abound.

Through a series of events, Heinrich von Kaninchin, a German immigrant and motorcycle aficionado, becomes the lover of Unga Zora, the Chieftess of the HHH (The Horde of Hatred and Hedonism) and the FMC (Forgotten Motorcycle Club). Unga uses Heinrich to become pregnant. Unbeknownst to Heinrich, Unga and the HHH have been using an orphanage and chemically treated, aborted fetuses to create a zombie army.

Heinrich is visited by the ghost of his grandfather, Klause, erstwhile Gestapo agent, who warns him that Unga Zora and her band of “haardeks” and “haardesses,” are up to no good. When the American CIA becomes involved, Heinrich discovers what the HHH is up to and joins forces with the CIA to defeat them and rescue his daughter, Jocelyn, and foster-daughter, Olivia, from Unga and her criminal horde.

This bizarre story quickly devolves into chaotic, Mad Max mayhem, gratuitous and graphic violence, cannibalism, sexist rhetoric, and four-letter words. That may appeal to readers who appreciate such gritty fare, but the book suffers from so many technical errors that it is an exceedingly challenging read.

There are formatting issues and countless grammar and spelling errors. For example, the brief introduction contains four spelling mistakes: “religeons”, “memeber,” “socety,” “wether.”’ On page one, we hear from the hero’s “reparted” grandfather, and on page two, we see “ashfalt,” “palces,” “spelt,” “alowed,” “inhereitence,” “jelous,” and more. The author also uses a stereotypical German/English accent for his main character— “’Zey don’t vreally eat eachother, do zey, mein love?’ he ask [sic] as he emrbaced [sic] her, shivering”—which only adds to the reading difficulties.

Such issues render the text virtually impenetrable except to the most determined readers. Whatever the author is trying to say is unfortunately lost in this problematic narrative.