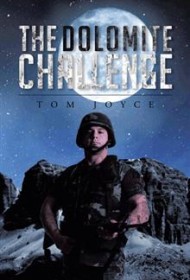 This gripping novel continues the story of Vienna Police Inspector Karl Marbach, begun in Habsburg Honor and Nazi Duty. It’s an engrossing tale reminiscent of Graham Greene’s The Third Man in its noir atmosphere of mystery, duplicity and amorality in occupied post-war Vienna, a setting that Joyce portrays brilliantly.

It’s 1947. In a personal vendetta, Marbach is pursuing Dr. Heinrich Emhardt, a Nazi war criminal who’s responsible for the mutilated face of one of Marbach’s former lovers, a woman to whom Marbach remains close. Emhardt carries plans that would expose the Nazi’s secret Odessa escape route out of Austria.

Homeless, displaced persons are everywhere, scratching out an existence. The black market is rampant, cigarettes the local currency of value. Life is cheap. The atomic age hovers menacingly overhead like a black cloud of doom: Everyone assumes the Russians and Americans will soon be at war and Nazi scientists will tip the balance one way or the other. Marbach wants desperately to bring Emhardt to justice, but the Russians and Americans are equally desperate to prevent that and recruit Emhardt for atomic weapon projects.

The intricate plot is well-constructed, the tale well-paced. Joyce’s characters continually choose between personal and convenient morality, and in their choosing, paint a revealing, vivid picture of the effect of National Socialism and the immorality of war on the human psyche, and underscore the question: “What makes a person good?” When a horribly mutilated, repentant ex-Nazi tells Marbach, “Suffering doesn’t make people better, but sometimes it does wake them up,” Marbach, to the disgust of his friends, forgives him.

The Emhardt chase culminates in the Dolomite Alps, where the team Marbach has cobbled together becomes both pursuer and pursued and must climb for their lives. It’s a gripping end to an enthralling tale that is about the struggle to remain human as much as it is about the chase. As Marbach concludes, “A good person isn’t always good, but a good person always keeps trying to be good.”

BlueInk Heads-Up: The Star designation is offered with the recognition that a handful of copyediting errors remain in need of attention.