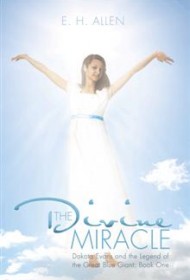 The main character of the novel, Tevin Dakota Evans, is an African American living on a parallel world to Earth. When he is 12, Tevin is struck by radioactively charged lightning and is transformed, with the help of God, into a magical being. After his near-death experience brought on by the lightning, Tevin learns that he can fly, travel through time and space, and heal others. He also learns that he has been transformed into a hermaphrodite.

Following God’s instructions, Tevin sets about doing good works in his world and others. Much like Superman, he saves people from burning buildings, presidents from assassinations, and planets from destruction. He even helps the crew from the television series, Stargate SG-1, defend the Earth against the Ori.

While the novel’s plot should make it a light-weight science fiction adventure, its graphic emphasis on Tevin’s sexual performance as a super-charged hermaphrodite and the pages it devotes to the sexual relationships of Tevin’s friends make it a different sort of book altogether. Although the author does have some exuberance in his narrative voice, the book suffers from frequent grammatical errors and an enormous amount of repetition. As a result of its many challenges, it is unlikely that many readers will persist to the end of this 475-page novel.