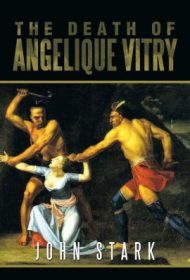 Loosely based on the life of William Johnson, the Irish-born giant of mid-18th century colonial America whose exploits as a warrior, peacemaker, merchant and lover are legendary, this short historical novel is marked by drama, adventure and, finally, tragedy.

The story opens with an historical embellishment as Johnson, an estate manager, is driven from Ireland after being caught in inappropriate circumstances with the beautiful daughter of the lord of the manor (he really left for a job overseeing his uncle’s property near Albany in the province of New York). When next seen, he has become a success: a landowner, militia leader and friend to the Iroquois. By dint of his personality and the ability to speak the Iroquois language—rare for a European—he has kept a tenuous alliance with the British in their struggles with the French.

One day, he glimpses in a group of French captives a young girl whose flaming red hair reminds him of the love he left behind in Ireland and becomes obsessed. It’s Angelique and, as we already know (but he doesn’t), she is his daughter.

Taken to Johnson’s estate, the girl quickly runs afoul of his Iroquois mistress/housekeeper and tries to escape—only to be returned and eventually become equally obsessed with Johnson, hoping to become one of his many lovers. Meanwhile, the author also recounts some of Johnson’s clashes with British authorities, while giving glimpses of his humanity—and ruthlessness.

Coupled with a vivid account of the bloody French and Indian War—with ambushes, massacres and pitched battles—the novel provides a rich portrait of a widely forgotten slice of pre-Revolutionary America and of a man who dominated that time period. Its rivalries between individuals and cultures rings true, despite its initial historical embellishments, and the tight, solidly written tale reveals a compelling picture of a dangerous time.

That the author manages to accomplish all this in such a compact narrative is perhaps most impressive of all.