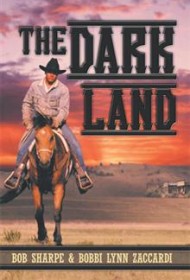 The Dark Land, a Western tale turned organized crime saga, packs a lot of action into a slender volume.

The unnamed boy at the center of the story seems to have the perfect childhood on a Colorado ranch in the early 1900s. His father Jack is strict but loving; his mother Elizabeth is still playful, despite the loss of the boy’s sister in a horse accident some years earlier.

Then one day a letter arrives for the boy’s father and the idyll comes to an abrupt end. With no explanation to either his wife or son, Jack turns the ranch over to a neighbor and packs the family onto a train bound for New Jersey. The boy is frightened but excited, especially after the family arrives at its destination. He’s hardly ever seen cars — the family traveled to the train station by horse-drawn wagon — let alone entire streets choked with them.

But he’s also bewildered by his father’s seeming familiarity with this strange new place and his mother’s obvious concern with their abrupt transition — especially after his father insists upon going directly from the train station to an Italian restaurant in a shady neighborhood. There, a sinister stranger recognizes Jack, and within moments, the boy’s whole world collapses around him.

All of this happens in just 64 pages, making The Dark Land more novella than novel. So much takes place in such a short time that one wishes more care had been taken to add substance and credibility to a sometimes-improbable plot.
The transitions between the world of the ranch and that of the mob are strained. People’s personalities change overnight, with nothing to underpin such drastic transformations. And the book lurches in tone from tender family scenes to profane and extraordinarily violent encounters with criminals.

The end of The Dark Land promises “to be continued.” Perhaps the solutions to some of book’s issues lie in the sequel.