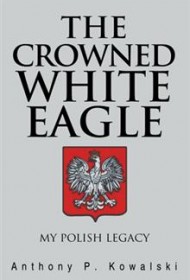 Growing up in a Polish-American household, Anthony P. Kowalski was fascinated by his heritage. With the thinnest of clues — the name of a tiny village in Poland — he begins the search for his relatives to piece together the family history. After some initial vacation trips to Poland, he was able to make several visits in a work-related capacity, which gave him the time to thoroughly explore his family records and understand the Polish people.

Kowalski’s book is filled with admiration for a country that managed to survive against centuries of foreign occupation, and he interweaves a short history of Poland in between family vignettes. For those who know little about the Polish conflicts, Kowalski’s book is a slim but useful introduction. The better parts of the memoir deal with his even-handed approach to everything from the importance of Pope John Paul II to the charges of anti-Semitism frequently leveled at the Polish people. As Catholics, his family was not immune to the Nazi atrocities. His Uncle Joseph was rounded up and shot by the Nazis, even as his wife was expecting their seventh child, and his uncle Michael was imprisoned and then “disappeared.”

Despite his clear writing style, however, too much of the memoir falls into the “we went here; we went there” category that is of little interest to anyone outside of his own family. For example: “The Baltic region, with its coastal cities…held a special allure for us. My wife and son both love to swim, so the proximity to the great sea made them particularly appealing. They also managed to go swimming in an indoor pool there.”

That aside, Kowalski’s pride in the Polish people shines throughout his narrative. His love for his family’s homeland is evident as he makes a valiant effort to set the record straight on the often-maligned Polish people.