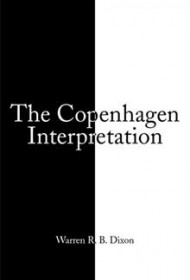 The story features a doomed American historian, Paul Ironstone, who finds himself teaching GI’s near Heidelburg; a demonic millionaire, Golo Dotzauer, who has conflicting roots in prewar Germany and the U.S.; and Dotzauer’s beautiful daughter, Monika, caught up in a deadly clash of loyalties.

Dixon also provides a fascinating narrator in Austin Kellogg, an expatriate Pennsylvanian who describes himself as an atheist, a Germanophile, a classicist, a wine snob and, most significantly, “the witnessing skeptic” who chronicles the tragic interplay between Ironstone, the Dotzauers and a volatile collection of thuggish German radicals—from the Left and the Right. If Ironstone’s tale is “a stained glass of blood and sex,” Kellogg’s proves just as compelling: he’s troubled by Germany’s ferment; he loves Monika Dotzauer.

Throw in a murdered American soldier, a dead auto mechanic and a couple of megalomaniacs and the design is complete.

Dixon’s prose can sound stuffy at times (“Here there be dragons”). But he has a gift for propelling his bloody political intrigues that’s worthy of Frederick Forsythe or John Le Carre, while his philosophical asides are woven artfully (and painlessly) into the action. “Matter exists only as vibrating twists of motion,” a brainy minor player tells us. “Time exists only as motion, tiny jumps from one world state to another, and time is round like a ball.”

Amid the drama of Cold War West Germany and the presence of Hitler’s ghost looming over these vivid characters, a bit of deep contemplation is certainly appropriate—along with the occasional car bomb, the Luger pistol shoved into a man’s throat and the blonde hooker in the employ of villains. Author Dixon keeps all of it in fine balance.