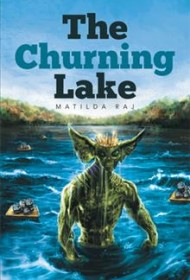 This imaginative young adult fantasy takes readers on a journey to different worlds where demons are attempting to take over the World of Assorted Creatures. Combining new ideas with familiar elements, this book creates a beautiful, but frightening, supernatural universe.

In the kingdom of Zinetyl, populated by fairies, trolls, tok-toks, goblins, and others, 11-year-old Minabell is a boomigobb, a race of short, chubby creatures known for their healing herbal treatments. At school, her dark arts professor reveals himself to be an elf lord in disguise, and informs her that demons plan to destroy Zinetyl’s inhabitants. Demons are already hidden within her world, and only she (with her strong psychic ability) has a chance against Ashtavlaz, the ruler of the evil race known as Asuras.

With her cousin and two friends, Minabell heads toward the World of Answers, the World of Shape-shifting, and the World of the Churning Lake to save her homeland from destruction. Along the way, they seek help from many strange creatures, including a wise-talking monkey who provides a secret demon-killing chant and a hideous hag who sells them a shape-shifting potion to alter their sizes, and perhaps help them conquer the Asuras.

The author has devised an interesting story in a complicated universe (and elaborated on several different worlds within it), in addition to ambitiously creating new races with fun names, such as “tub-a-fubs” and “grosshilofrumps.” Unfortunately, unnecessarily long, awkward sentences sometimes impede meaning, in addition to an over-abundance of adjectives (“The light-green mattress was frayed at the edges, its hand embroidered feathery border almost fading against the sparkling, polished wooden floor”).

Additionally, the story is somewhat derivative, specifically of the Harry Potter series (including a heroic orphan, magic mirrors, travel between worlds, a school of magic, and youngsters fighting demonic creatures).