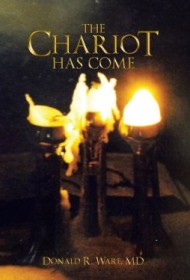 For those raised with strong spiritual convictions, every life event can be interpreted as a metaphor for their walk with God. The Chariot Has Come is a memoir of perseverance against steep odds in life and a major lawsuit, but also a look at the signs of faith the author followed along his path.

The child of divorced parents, Donald Ware remained close to both throughout their lives. He overcame a severe childhood illness and went on to thrive as a dancer and hard worker. Despite his growing up with more awareness of life’s possibilities than its limitations, a childhood experience at a segregated lunch counter cast a shadow over the young life of this African-American.

Ware went to medical school and earned several prestigious memberships, honors, and residencies, then was thrown for a loop when the hospital that employed him began revoking his privileges for reasons that are never made clear. He sued and ultimately won a generous settlement.

If the book had confined its scope to Ware’s medical career alone, it would still feel overstuffed at 108 pages. But many of the pages are also taken up with photographs and descriptions of religious messages that Ware has seen in burning candles, incense smoke, or etched into his windows and mirrors. (The photos are murky and difficult to discern, as in the “Lioness, majestic and regal, holding a flaming torch” that the author claims to have seen in the melting wax of a candle.) Ware clearly has strong convictions, but by trying to do so much in this short space, he doesn’t do service to any of his many topics.

Additionally, overuse of bold type and all caps for emphasis often leaves the reader feeling shouted at.

The Chariot Has Come could be an inspiring story, but it needs editing for tone, clarity and focus. As written, it presents many obstacles to enjoyment.