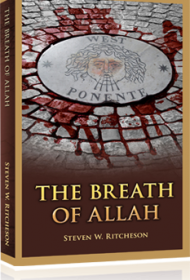 An elite private defense firm, at the behest of the CIA, attempts to prevent a bio-terror attack on the soil of a tenuous U.S. ally in this mostly exciting contemporary thriller. Narrated by Charles Rayson, chief operating officer of The Technology Applications Group (TAG), this tale is a wild ride across continents and into enhanced torture rooms, refugee camps, and TAG’s inner sanctum.

The firm’s specialty is high-level technical surveillance; TAG operatives can do what the government cannot, but if they fail, they’re on their own. It has every means available to overhear targets anytime, anywhere, and even to infiltrate the operating systems of cars. TAG’s cyber-warfare capabilities are enlarged by the hiring of a high-level freelance hacker whose loyalty isn’t a sure thing. Nothing in this powerhouse adventure is as it seems.

Rayson is 41, divorced, and currently spending quality time with a law student. He listens to John Coltrane and drinks a brand of scotch ordinary humans have never heard of. He’s not crazy about his professionally decorated condo in D.C., but he seems to like his fancy car. His libido is prodigious, and he indulges it indiscriminately throughout the book. These episodes are tasteless, needless distractions that heavily underscore the negative image of private defense contractors.

The author writes with authority on geopolitics, cyber-terrorism, and cyber-warfare. When the action is in the field and not in Rayson’s trousers, the book thrums with authenticity and excitement. There are indications that this book may be the kickoff to a series, and that’s good news for techno-geeks and those of us who oversee dangerous missions from our command and control centers on the couch.