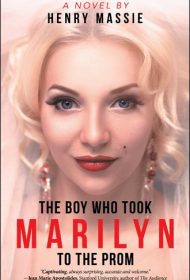 In this story, a psychiatrist’s affair with a patient results in a lawsuit that could potentially ruin his life.

Eli, Robbie and Talley are childhood friends when Robbie’s psychiatrist father brings home his patient, Marilyn Monroe, in an effort to show her what a normal family looks like. Robbie befriends her and, at his father’s suggestion, takes her to the prom. Robbie’s father hopes this will help her by exposing her to the experiences she missed having never finished high school. But that’s not the only big moment in their friendship, although Robbie doesn’t share this until later in the story.

After decades pass, the reminders of those old days are too powerful to ignore when Naomi Jane Morton, an assistant professor of English literature suffering from depression, begins seeing Robbie, who is now a psychiatrist like his father. Not only is her name remarkably close to Monroe’s birth name of Norma Jeane Mortenson, but she also begins to model her style of dress after Monroe’s, encouraged by Robbie.

As Naomi Jane grows healthier, the bond between doctor and patient also strengthens, and Robbie’s ethical obligations as her doctor take a backseat to his undeniable attraction to her. When he ends the affair, she sues. It’s up to Eli, now an attorney, to help Robbie salvage his career, marriage and finances as the civil case looms.

This is a well-crafted and intriguing tale with realistic detail throughout, such as the author’s depiction of the colorful history of Hollywood High and the Hollywood sign as well as Monroe’s beginnings in the town. All are grounded in the significant research the author notes in his Acknowledgements. The plot is well-paced, moving between current events and the trio’s childhood as Monroe comes into their lives, and the characters are bright and likable.

This enjoyable and engaging read will likely appeal to a wide audience, including, but by no means limited to, dedicated fans of Monroe.