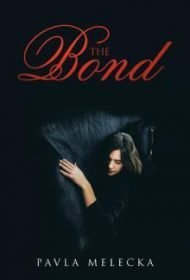 Pavla Melecka’s debut novel is a unique blend of equestrian fiction and paranormal fantasy that chronicles the life of Silvia Milescu, a Romanian-born au-pair who, after landing a job in California, gets an opportunity to embrace her love of horses and horseback riding.

Silvia’s new position as a domestic assistant lands her in the sprawling home of an affluent family that lives near Clayton, California, at the foot of Mount Diablo. The location is breathtakingly beautiful and the three children she watches over are undemanding. But the real advantage is the neighbor’s horse arena next door. As Silvia befriends new people, she eventually gets the chance to care for and ride Peace, a 14-year old former race horse, and to learn riding under a respected dressage trainer named Walter.

Her blissful existence is cut short, however, when the stable catches fire one night and she is mortally wounded trying to save the horses. A vampire named Brian, who decides to save her by changing her into one of his kind, irrevocably alters her future—but how will it affect her dreams?

While the story’s distinctive premise is intriguing, it has several flaws. The level of tension throughout is conspicuously flat—due, in large part, to Silvia’s innocent and good-hearted nature. External and internal conflict are essentially nonexistent, particularly in interpersonal dynamics. That undertone of unwavering benevolence, at times, seems odd juxtaposed with the existential darkness and danger of the premise. Another weakness is the lack of differentiation in alternating first-person narrative voices. Brian’s voice—his tone, thought process, narrative modulation, etc.—is far too similar to Silvia’s, making the characterizations less effective.

These issues notwithstanding, the story is fast-paced and largely entertaining. Paranormal fantasy fans looking for something different will find this debut an interesting option.