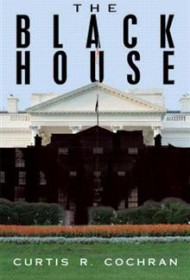 Curtis R. Cochran’s The Black House is a fictitious story about a man named October who inherits a fortune from his grandmother and determines to do something with his life, to “leave a good word for [his] brothers and sisters to chirp about.” October invests his vast financial resources into plans for unifying the African-American race and bettering the world’s view of his people.

To prove to the world that the black race, which has been downtrodden for centuries, can contribute to humanity on an equal or far superior level than other races, October organizes a secret underground army of top black professionals. Leaders in aviation, computer technology, politics, scientific research, athletics and so on make a covenant “to teach the young black men and women a new way of life…bringing our people [sic] existence in this world to a higher level.” The U.S. government mistakenly sees the “Black House” as a conspiracy to overthrow its power. The “supremacist” FBI stops at nothing to squelch and ultimately destroy what it does not understand.

Cochran’s story is intriguing and should be intensely exciting. Unfortunately, it’s a tedious ride that at times feels downright robotic and lacks the realism fiction-lovers are accustomed to. Much of the dialogue is unnatural and many of the characters’ actions are difficult to believe. For example, October claims to be a Christian doing God’s will, yet he involves himself in fornication, battles alcoholism, and condones the assassination of people who are a threat to his mission.

These issues are compounded by consistent grammatical errors: present tense and past tense are repeatedly combined in the same sentence, words are often used in the wrong context, punctuation for dialogue is completely missing.

The ideas presented in The Black House are controversial and credit is due to Cochran for tackling this sensitive subject. However, in light of the book’s stylistic weaknesses and technical flaws, only a few readers may actually reach the final page.