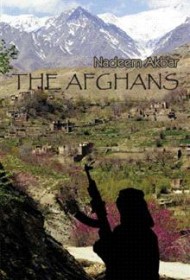 In this novel of loss and recovery, of a nation crushed and reborn only to be crushed again, three generations of a prominent Afghan family struggle to make their way through the turmoil that engulfs them.

Scattered to distant places, or else made homeless in their own homeland by the Soviet invasion of 1980, the children and grandchildren of the venerated tribal leader Allah-Yar fight their way toward reunion. But by the time they tentatively reconnect, each has established an individual identity bound to keep them apart.

One grandson, for instance, has spent most of his life in Russia and is now, despite his most fervent hopes to recover the land of his birth, more Russian than Afghan, while his cousin, risen from hot dog vender to restaurateur in New York, is now a New Yorker. And both have fallen in love with outsiders. No matter what, though, they are all pulled back to their roots since “[i]n Afghanistan family comes first,” which becomes a source of ongoing tension between them.

The story of this family, both in Afghanistan and abroad, is potentially a powerful one, filled with long years of dislocation, abandonment, and searches for reconnection. Unfortunately, its natural strengths are diluted by the tendency of informal conversations to sound improbably formalized (“‘This is not the time for confrontation with the enemy. Our time will come and we will teach them a lesson…’”). There are also occasional tortured constructions, such as “… he got the admission in Pace University” and sometime oddities (“Gorilla war was the only answer”).

What is left, after removing consideration of such drawbacks, is a solid and revealing tale of pain and reconciliation in a land that knows too much of the former and not enough of the latter.