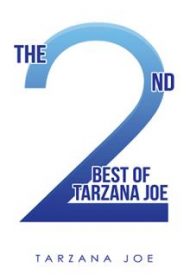 As the back cover of this book states, Tarzana Joe is “perhaps the most widely heard poet in America.” Every Friday, fans of the nationally syndicated Hugh Hewitt Radio Show can hear his verse about a myriad of topics, most political. Joe’s second book contains 61 poems, the majority delivering Joe’s opinions leading up to and following the 2016 presidential election.

Unlike the tendency of modern poets toward free verse, Joe’s poetry is “old school”: It rhymes. Generally, the meter is identifiable as iambic or trochaic trimeter, although Joe departs occasionally from exact syllable counts and frequently eschews punctuation (he does, after all, have his poetic license, as Hewitt’s “assistant professor of Poetry”). Most of the poems are 8-10 stanzas long.

The rhymes are smooth and clever, and while the content leans to the right of center politically, it’s rarely mean-spirited. Witness the beginning of “The Man You Love”: “The best thing about Donald/ The thing that makes him great/ He’s given half the country/ Someone they’re allowed to hate/ For what the Left dismisses/ And liberals deny/ Hate is as American/ As mom and apple pie.”

Readers from both sides of the political divide will find poems to like here. However, some of Joe’s best work comes in his occasional non-political, more pragmatic fare. One that resonates is “Procrastination,” which begins: “Of all the words of tongue and pen/ That bring a person sorrow/ I think, by far, the cruelest are/ ‘I’ll get to it tomorrow.’”

Joe’s poems seem to wink at readers, as if to say that he knows the world is a wacky place. This makes his work great fun to read. Still, poetry is meant to be heard, so you would do well to listen to Tarzana Joe on his radio appearances. You may not share his point of view, but you’ll find welcome common sense between the lines, along with many hearty laughs.