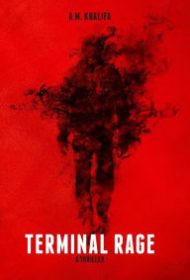 The novel opens in the British West Indies, where former FBI hostage negotiator Alexander Blackwell has been licking his wounds for four years following a badly botched operation in California that resulted in multiple fatalities. Our hero is reluctantly recruited back into the FBI for a special case involving an extortionist who has taken hostages in a New York City skyscraper. The man, who calls himself “Seth,” posed as an Arab prince to infiltrate defense contractor Exertify, headed by CEO Mark Price.

In addition to setting up bombs around his hostages, Seth claims to have also planted bombs in four urban day care centers. If the futuristic vest he’s wearing shows stress or no life signs, the bombs go off. Simultaneously in Rome, a young woman named Julia Price has been kidnapped; we learn Mark Price is her uncle, and her father is a U.S. Senator.

The novel’s first half tracks the tense negotiations between Seth and Blackwell, whose team includes Monica Vlasic, a hard-edged FBI agent with whom Blackwell has shared both a past affair and bad blood. The standoff is resolved quickly, and moving forward, Khalifa keeps readers guessing as he slowly reveals the identity and motivations of our mysterious terrorist. The central plot involves the consequences of a terrorist attack in Egypt, as well as a powerful Egyptian tycoon, a computer program called Leviathan, and billions of dollars tied to ousted Egyptian leader Hosni Mubarak.

This is a deft, fast-moving thriller with a solid hero and one of the most interesting villains this side of Keyser Söze from The Usual Suspects. Like the best political thrillers, it works not simply because it’s fast-paced, but because Khalifa takes the time to craft hard-hitting character beats as well as employing crisp prose and dexterous timing. Ultimately, it’s a dizzying, emotional thriller that’s as much about grief and the toll it takes as it is about the need for justice.