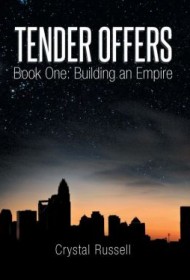 This is the first novel in a two-part series detailing the creation of an international cosmetics empire. It is set in Hollywood beginning in the late ’80s or ’90s (the author is imprecise about time) and continues into the present. Ostensibly, it’s an insider’s look at how big business rolls, but it is also a sprawling melodrama featuring characters readers will love to hate.

Aaron Rose, a self-made business barracuda, is the primary player in a roster that also includes: Stanford Wentz, the disinherited, though extraordinarily attractive son of a wealthy industrialist, whom Rose uses as the company’s powerless figurehead; Kimberly Jones, an unstable former child actor with a gift for sex who marries up, though not well; and Jim Klein, once a principled lawyer who is seduced by Rose to come along for the wild ride.

What might have been a blockbuster about the amoral vagaries of corporate culture and the duping of the consumer instead falls victim to uneven writing. Missteps include overly lengthy paragraphs, stereotypical, shallow characters and overall lack of punch. In many instances, words are used incorrectly, for example, “continence” instead of “countenance.” The story also delivers an unsatisfying conclusion in which all pending issues are left unresolved.

Where author Crystal Russell, an attorney, shines is in her clear and succinct explanations of legal issues. If only she had brought such clarity to all other aspects of the story.

This is a sordid story of greed, corruption, murder, and blackmail, told with some insight. As the author writes: “There’s no secret to this biz. It’s just a bunch of crap that can be manufactured for fifteen cents and sold for fifty dollars to stupid buyers, all because of a fancy package and lots of hype.” Unfortunately, the novel falls short for its lack of polish. Nonetheless, this reader would consume book two, if only to see the bad guys get theirs.