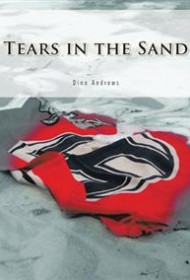 In this middle-reader chapter book, Dina Andrews depicts the plight of a young Polish prisoner of war during World War II, and his rescue at the hands of a fellow youngster in occupied territory.

The story unfolds in a Jersey village, off the French coast. In this occupied town, 10-year-old Richard Le Miere suffers the hardships of war. His father is away fighting, and at home he must endure rationed food. But a more unusual wartime feature exists in the village’s midst: a brutal German work camp that uses Polish prisoners of war. The plight of the youngest prisoner, Alex, particularly touches Richard. Richard slips Alex his teddy bear, which Alex cherishes and names “Nikita,” and when a diphtheria epidemic throws the boys together, Richard decides to help Alex escape.

While the plot in outline promises captivating drama, the book never achieves the suspenseful pitch young readers would expect from a tale of wartime escape. Each event in the story, whether Richard is getting caned at school for lateness or a friendly German soldier is protecting Alex from capture, unrolls at the same narrative pace and receives equal space in the story. A subplot involving Richard’s absent father resolves itself so quickly as to make it extraneous and distracting.

On the other hand, Andrews excels at portraying details of day-to-day living during the period. Her descriptions of the nettles that become a staple in the town’s rationed diet, the circus comics Richard leaves Alex to read and the cherished boxes of food relief that finally arrive should appeal to children with an interest in history. The photo illustrations, especially those of locales mentioned in the story, are another highlight, further grounding the story’s action in real life.