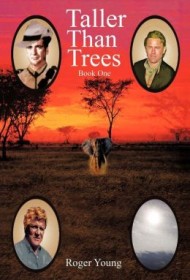 This compelling historical novel set in Southern Rhodesia in the months leading to World War I is both a dramatic thriller and a rich evocation of southern Africa in the early 20th century, “where the weak gave way to the strong at every level.”

The story opens to a barroom brawl. Calmly, a single corporal of the local constabulary flattens five members of the semi-military District Troops, the first of many conflicts, some violent, some verbal, involving a transplanted American, an almost mythical policeman named Willoughby.

As much to get him out of town as anything, Willoughby is dispatched to arrest the equally mythical Dutch ivory poacher Jan van Rooyen, with whom he soon forms an alliance. But then, acting mostly on his own, Willoughby invades neighboring South Africa and wipes out a den of murdering thieves, almost dying in the effort. Having illegally crossed a border to do so leads to another conflict, but what is most important to the narrative is that, while semi-conscious and recovering from his wounds, Willoughby ruminates on the difference between the laws he’s supposed to enforce and real justice.

This inner debate continues through battles on both sides of statuary law and through frequent verbal tussles with superiors. Finally, it is resolved when Willoughby, aided by the resident outlaw boss, establishes a tranquil utopia in a violent and formerly wide-open town, at least until the authorities try to shut him down.

Willoughby’s internal debate regarding justice, though central to the story, rages for too many pages and is needlessly complicated, even academic at times. It is further fueled by lengthy conversations with van Rooyen. This is not a major distraction, however. The book’s main drawback is that it ends irresolutely (will Willoughby and the roughneck town he has tamed continue peacefully, or will the authorities destroy them both?). The narrative offers no clue, making eager readers wait for the next volume before putting it all together.