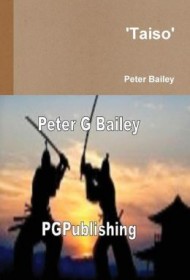 Taiso is a novel of incessant violence, constant cruelty, the casual denigration of women, ritual beheadings, bloodthirsty acts of vengeance and betrayal in 16th century Japan. It also makes for exciting, memorable fiction, as behind all the gore lies a portrait of a time and ruthless warrior caste that rings deeply and disturbingly true.

Returning to his home on the island of Shikoku after 14 years in service to the military dictator of Japan, Taiso (General) Kumi Takura discovers that power has slipped from his senile father into the scheming hands of his uncle and stepmother, while the love of his life has been married off to his half-brother. The bulk of the novel is then dedicated to Takura’s increasingly bloody attempts to reclaim and expand what he considers his rightful station in life, a route that involves making and breaking alliances, crucifying enemies, beheading captives, and ruthlessly running down and slaughtering other prisoners after giving them the false option of escape.

All of this is in service to a rigorous code that places honor above human life, even as it allows betrayal and double dealing while justifying torture and assassination.

The book traces Takura’s inexorable journey from brilliant tactician and flexible ruler to single-minded conqueror, bent on revenge against all enemies, real and imagined. This gives the book a human dimension, transcending the abiding inhumanity of the constant warfare. It also provides readers with insight into the military tactics and rigid social dynamics of the period while demonstrating indelibly how mass killings could be achieved in that distant age before science made the process as easy as pushing a button.

Though obviously not for the squeamish, this solidly written work offers a well researched view of an era largely unfamiliar to a Western audience, while telling an engaging, fast-paced story. For these things alone it is worthy of attention.