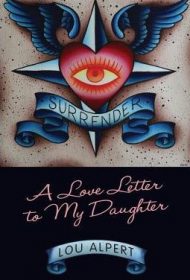 In Surrender: A Love Letter to My Daughter, Dallas real estate agent Lou Alpert relates a sadly common story of our times: her painful experience coping with her daughter’s addiction. Written to offer hope to other families and exorcise Alpert’s own demons, the memoir is notable for its simple, satisfying storytelling and the fact that Alpert’s daughter Crystal was the accidental face of heroin addiction in a 2017 CNN human interest story.

In 1998, Alpert was a mother of seven and self-described “fixer.” She took in 16-year-old Crystal, one of her children’s friends, when Crystal’s adoptive family rejected her. The story jumps ahead 15 years, when Crystal’s partner begs Alpert to come to New Mexico for an intervention: It’s the first she learns of her daughter’s longstanding addiction to heroin and methamphetamine, and she takes her to rehab.

After Crystal relapses and becomes homeless in Albuquerque, Alpert describes with humility her own life of fear, isolation and obsession with her daughter’s well-being, while skillfully integrating some of their text messages into this story.

Although some of her stories include tedious detail, overall they contain a nice mix of telling readers what happened and how Alpert responded emotionally. Her chronological storytelling omits foreshadowing and almost never imposes on the moment any hint at her future feelings and knowledge. This creates urgency: Will Crystal be alive at the end of this story?

After two years, Alpert sees her daughter on television: an Albuquerque police officer filmed his conversation with an eight-months-pregnant Crystal injecting drugs behind a convenience store. As CNN later reported, the officer adopted her child and got Crystal into rehab. Alpert has only partially reunited with her daughter, ruing the fact that she prepared herself more for Crystal’s death than life with her in recovery.

Alpert’s narrative turns the spotlight from saviors like that police officer to the addict’s suffering family. Readers seeking solace in families’ shared experience of addiction will appreciate this honest account.