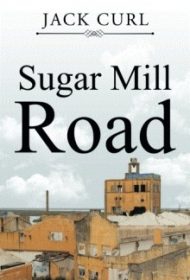 In Sugar Mill Road, a black ex-prostitute and a fugitive skinhead become lovers, unlikely sleuths pursuing a child serial killer, and themselves targets for murder.

Candy, on the run from her abusive pimp, Frank, hides in an abandoned sugar mill in Longmont, CO. Jack Hayes has already made the mill his hideout because he’s being pursued in connection with a black teen’s murder in Illinois. Jack spies on Candy and decides to grab her suitcase and remove it after watching her head out of the mill. But then he discovers Candy’s diary.

Reading the diary, he decides she is “smart, funny and kind” and has been through a lot of emotional pain. Despite his being a tattooed skinhead and her being an African American, they soon (and much too quickly to be believed) fall for each other.

When the pair discovers that a grocery worker has been hiding dead children’s bodies in a huge hole at the mill, they decide to help finger him. In the process, Jack is arrested and extradited to Moline, Ill. and Candy follows him. As the two work out their issues and needs, Frank devises an evil plan to take them down as revenge for Candy running away.

After a decent initial setup, the story quickly becomes convoluted and lacking in credibility. The rushed connection between the two main characters is highly unlikely and woefully underdeveloped. As well, the book teems with unimaginative writing: “The sun was shining, and the birds were chirping.”

A good 50 pages between Jack’s arrest and the story’s next important action, the narrative sags with highly unnecessary details about processing Jack for jail, his unremarkable meals, and minutiae about Candy applying for an apartment and jobs and getting take-out deliveries. Further, an odd supernatural element regarding a murdered boy’s soccer ball showing up becomes absurd as it begins appearing everywhere.