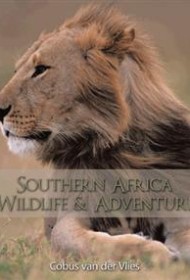 While readers may find themselves wanting to know more about van der Vlies’ background (no author biography is provided), Southern Africa Wildlife is filled with rich, illustrative anecdotes of his adventures, some humorous, some tragic. The author has a quick and engaging wit. Although hunting African big game is serious, he never takes himself too seriously, often illustrating his points with laugh-out-loud humor.

In one story, for example, he describes the experience of sharing a toilet with an angry cobra poised to strike. The point: when in Africa always look behind doors before entering! In another story, he describes the destruction of a rental vehicle from the inside out by a bull Kudu that had been loaded inside by hunters who thought the animal dead when it was only stunned.

van der Vlies approaches his subject with a keen eye for detail, sensitivity and respect towards the animals hunted, describing where and how to hunt, the animals’ habits, proper shot placement and the preparations necessary to make a successful hunt from conception to execution. He discusses the selection of hunting companions, camp organization, clothing and menus, the pros and cons of using a professional hunter, how to properly care for a trophy after it’s killed and how to display it in a home afterwards.

Describing wildlife in a manner that both hunters and wildlife observers will appreciate, he discusses both game and non-game species, thoroughly detailing, for instance, the numerous species of venomous snakes likely to be encountered.

In sum, his book will appeal to hunters who are either dreaming of or planning a trip to Africa or seasoned hunting pros who enjoy great yarns. While not primarily a photographic book, Southern Africa Wildlife features numerous photographs that are beautiful and unique.