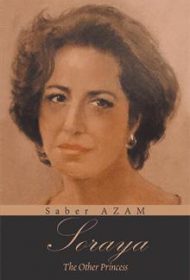 In Soraya: The Other Princess, Saber Azam presents a history of Afghanistan in the 20th century through the eyes of one fictional woman.

The book follows Soraya from her early childhood until 2018 as she witnesses every important step in the nation’s tumultuous modern saga. Because of her natural intelligence, she’s allowed at an early age to shadow her diplomat father in his official duties and to pursue an education—unusual for an Afghani woman. When she reaches adulthood, she serves the government as well.

Throughout, Soraya permits readers to observe important historical episodes. For example, she serves in the United Nations, attempts to fight the destruction of the historical Buddhas of Bamiyan statues, and is acquainted with U.S. politician Charlie Wilson and his famous involvement with the freedom fighters after the Soviet invasion of Afghanistan in the’70s. The author places her in many other key historical moments in and out of her country.

Readers might become skeptical about how one person could be present for so many critical historical events in the country and acquainted with so many dignitaries outside the country. Such a portrayal strains credibility.

Meanwhile, the story often becomes mired in the author’s personal agenda. Azam has done much research into the history and geography of Afghanistan and the region and liberally shares his opinion throughout. For example, he spends a great deal of space explaining the importance of providing education and rights to Afghani women and also assigns accountability for the country’s inability to defend itself from the Soviet invasion and the rise of the mujahideen in response. Such opining hampers a reader’s ability to become absorbed in the characters and story.

Those who enjoy reading about the Middle East and want a history about 20th century Afghanistan imbued with the author’s opinions may appreciate this book. Those looking for a traditional biography or historical novel will likely find this narrative stilted and may want to look elsewhere.