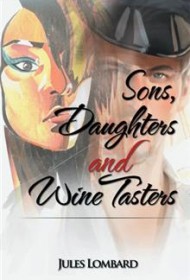 America as a melting pot is the driving theme in Jules Lombard’s novel that illustrates the ups and downs of assimilation in the land of plenty. In fact, the book itself blends several genres to create its own melding of love story, legal intrigue, espionage and erotica.

The plot revolves around efforts to defend two young Filipino men accused of murdering an off-duty police officer in Jersey City not long before the 9/11 terrorist attacks. As executed here, that plotline turns out to be a lot to track – and there’s more.

With six narrators — including the slain cop, the two women who both loved him, a Muslim spy, a lawyer and an insurance salesman — there are too many angles; and there’s not enough distinction among the characters’ voices for this approach to be effective. For example, all have ties to the Philippines, one of the primary settings, either through birth or fascination with Filipinos.

Lombard’s strengths are evident in the different scenes set in the Philippines; he provides some history of the nation’s struggles and of its residents’ views of America as a land of promise. Unfortunately, the narrative is overshadowed by an abundance of unessential details and a staccato writing style replete with simple, declarative sentences. His inclusion of superfluous, stilted erotica also hampers enjoyment. (“She’s on top of me now, adjusting her body so that her tiny angelica is rubbing against my johnny…”)

The storyline has the potential to make this a difficult-to-put-down book, but the less-than-fluid writing keeps it from reaching that level. Lombard spends a lot of time developing each character’s backstory, but, ultimately, too many characters with too much baggage weighs heavily on the action. The result is a frustrating experience for readers who are likely to feel that, in this case, less would have been more.