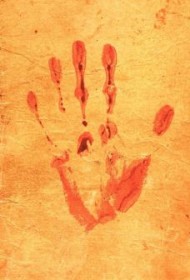 Some Were Burnt: Dystopics and Conversations on the American Dreamscape is a dense volume of poems written, as the author notes, in “In Eighty Parts.” While the poems vary in subject matter, overall it presents a pervasive disillusionment with national and international politics.

The speaker of these poems is knowledgeable, impassioned, and jaded. Often, the speaker’s anger at American domestic and foreign policy seems to preclude all possibility of hope: “Safety and love are four letter words” writes t. dove lourde, “like shit and fuck and Fiat and Nike.” (Oddly, “safety” is not a four-letter word.)

The speaker’s disenchantment culminates in a long final poem, “Dust and Rings,” which presents a five-page litany of 2011/2012 news stories, beginning with “recession lingers on with record unemployment…” and ending with “Liberian president Charles Taylor found guilty of blood diamond exchange crimes.”

While lourde has a promising flair for word play, particularly evident in poem titles such as “False Profits,” “Mind Your Manures,” and “A Cute Asphyxiation,” Some Were Burnt is mostly an overwhelming read that frequently turns grandiose in diction and didactic in tone; for instance, “We congregate and consecrate, injure, conjure and exasperate/ and sprint in a unique but discordant unity to find the front of the next frontier.” Many poems, such as “The American Dreamscape,” read more like treatises better suited to essay form than poems.

Perhaps it’s no surprise, then, that the strongest pieces are the shortest, including “Squinty eyes at 3:00[…],” which relies more on imagery than explication to convey the speaker’s feelings: “We took a fence down in Maumelle—/built a new one—a dragonfly landed on my brother’s shoe—.”

The poet’s ambition and close study of history and political science is impressive, and readers will find interesting thoughts in these pages, but the discouraging tone and polemical nature of the collection as a whole is likely to alienate many.