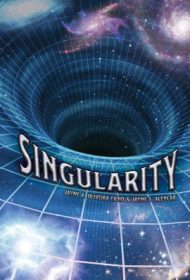 The story revolves around Alexander, “an exceptionally talented young man, a natural leader, and a great recruit for the International Space Command Center (ISCC),” where he meets the love of his life, Sofia, in the 22nd century. At this time, the Earth is doomed by man-caused global warming and climate change. To save humanity from extinction, Alexander and Sofia captain the spaceship Knight Discoverer to ferry 22,000 people through a black hole in order to populate Canaan, a beautiful, unpolluted, Earthlike planet in another galaxy.

The story also involves Alexander’s forebears, who make the scientific discoveries necessary to enable this journey.

The narrative blends adventure, science, faith, and religion. For example, as Alexander leaves, his aged mother tells him his name means “The Savior of Men. And here you are, the Commander of Knight Discoverer, the last hope of Mankind. . .Do you think ALL of this is just a coincidence? It is not, son. This is God’s Plan.”

The stew of science and faith is an ambitious, praiseworthy challenge, and the depth of knowledge of quantum physics presented here is impressive. But when trying to show how science complements, rather than contradicts religion, the resulting philosophy can feel oversimplified.

Additionally, the narrative includes too much “telling” at the expense of “showing” (e.g., “It is such a level of courage that drew Daisy into liking her dad and the work that he did. In fact, it makes so much sense because Daisy always lived close to her dad. They were so close, so much so that she saw his every step.”) The story also never fully fleshes out its characters.

Such flaws will likely deter adult readers. But the story makes a worthy statement about religion and science, shows a clear understanding of climate change, and offers an adventure that could appeal to teens.